I am a self-professing people pleaser. Even if those people happen to be my kids.

For a lot of years as a mom, I viewed discipline as an unpleasant side effect of parenting because it meant being the bad guy. I would feel “mean” sending my son and daughter to timeout, speaking sternly, and taking toys and privileges away. I’m sure I always felt worse than they did when they misbehaved and I had to dole out consequences.

Let’s face it, nobody wants to be accused of being THAT helicopter parent.

When did we start buying into the world’s parenting mantra that says it’s unloving to punish a child for their behavior? In our politically correct culture, it’s even unacceptable now to offend your own children.

Positive, or gentle, parenting is trending these days, even in Christian circles. We are to never speak a negative word to our kids or judge their actions for fear that it will cause them irreparable psychological harm. We should only ever recognize and reward the good things they do.

But in Scripture, we see that parents are actually called to protect their children from the ruin of an undisciplined life. Ignoring direct disobedience can make a child vulnerable to an ongoing spirit of rebellion. I suspect that’s why we have so many millennials today who are self-centered, irresponsible, and entitled.

As Christians, we need to faithfully apply the Bible’s teachings to all areas of our lives even if they run counter to pop culture. What does God’s word say about issues of authority, discipline, and obedience? 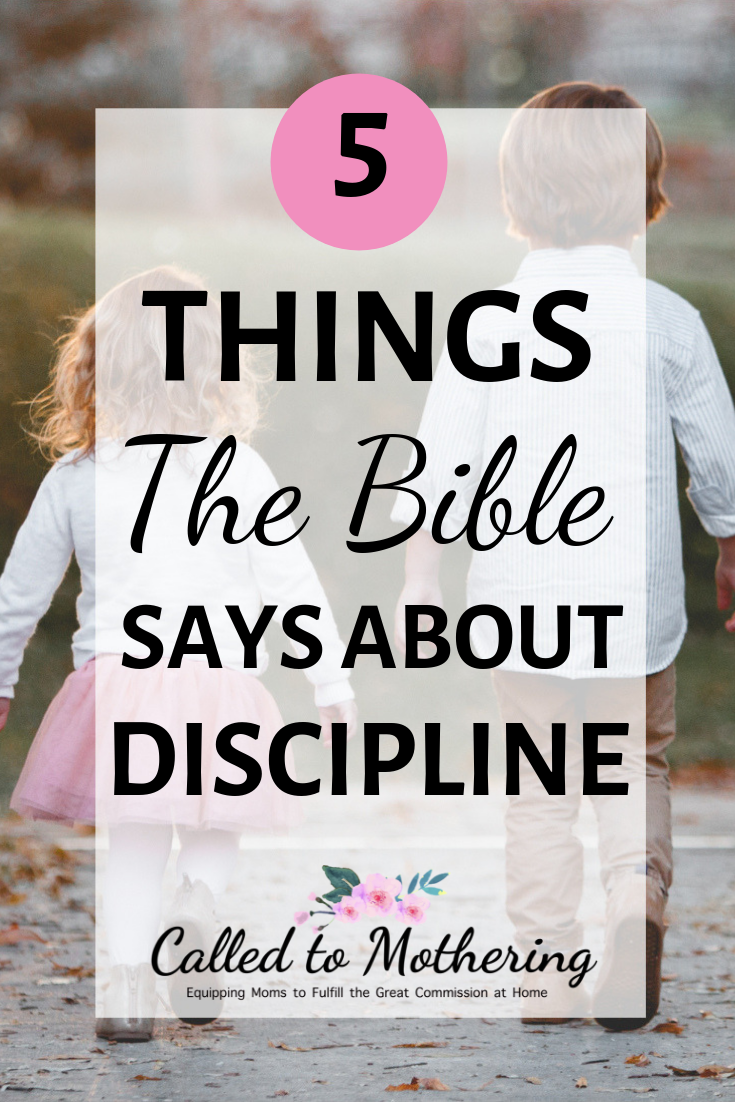 God has delegated oversight of your children’s welfare and development to you, placing you in a position of authority over them. You embody the security and limits that ultimately come from submitting to a loving heavenly Father.

Children need a clear answer to the question of who’s in charge. They shouldn’t be the ones calling the shots. Our kids need to understand with absolute certainty that “there is no getting around mom”.

If that order is reversed, it breeds insecurity which isn’t a good legacy to leave your children. Proverbs 13:24 says, “Whoever spares the rod hates his son, but he who loves him is diligent to discipline him”. It’s actually because we love our children that we discipline them.

One of the most loving things we can do for our kids is give them a strong sense of security and purpose in daily life. We do this by establishing clear boundaries and offering intentional, patient, firm, consistent training, even when it’s inconvenient. 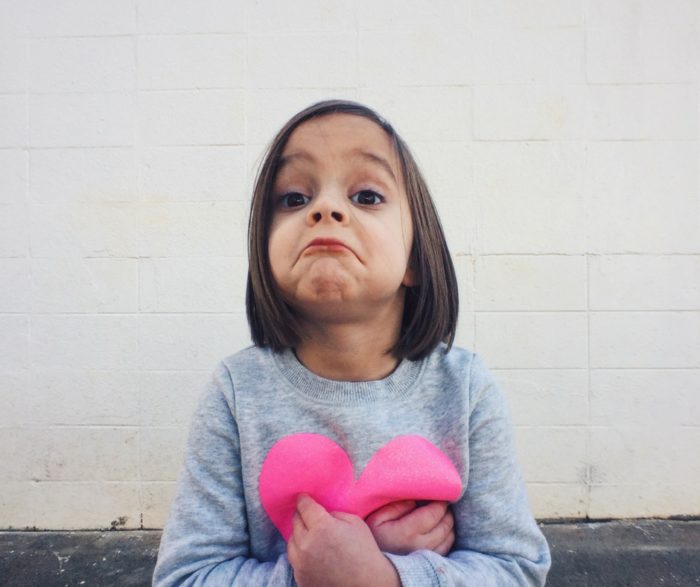 Obedience is not optional.

No– it says “children, obey your parents in everything” (Colossians 3:20). This is what we are to train them to do. With a child who doesn’t listen and obey, that means we have to be even more consistent and patient in our instruction as we follow-through and teach them to obey all the way.

Discipline isn’t meant to be only positive.

No discipline is enjoyable while it is happening—it’s painful! But afterward there will be a peaceful harvest of right living for those who are trained in this way. – Hebrews 12:11, NLT

The nature of consequences is that they are unpleasant. Otherwise, they wouldn’t be consequences! There needs to be a fair amount of pain involved in order for a child to learn not to repeat a certain misbehavior.

In His dealings with Israel, God provided for His children, guided them, reasoned with them, and punished them. At times He even punished them very harshly.

But His punishment always had a specific purpose: to restore relationship. It was never administered out of spite, frustration, or embarrassment. God punished Israel to lead her to repentance. And He does the same for us: “For the Lord disciplines those he loves, and he punishes each one he accepts as his child” (Hebrews 12:6).

He knows that a right relationship with Him is life giving, while ongoing sin leads to spiritual death. Proverbs 22:15 says, “Foolishness is bound up in the heart of a child; the rod of correction will remove it far from him.”

The temporary pain of a spanking or loss of privilege is nothing compared to an eternity separated from God! Our highest priority as parents is to bring our children to Heaven with us.

Discipline and instruction are a package deal.

Ultimately, the discipline we apply as moms should be used in a way that restores our child’s relationship with us and others. To guide your kids toward godly sorrow for their wrong behavior, consequences should be followed up by loving instruction.

With a toddler, it can be as basic as telling them “God wants us to obey”. For older children, you can explain concepts like self-control and read verses that specifically deal with the issue. Then pose questions such as, “Do you think you were self-controlled or out-of-control?”

This kind of instruction after discipline helps train your son or daughter to think like a follower of Christ, rather than merely behave in order to avoid punishment.

Did you know God has a recipe for raising children who you will actually enjoy being around?

I’ve found that the times I am most unhappy with my kids are often the same times where I’ve been inconsistent in my discipline. I’ve either ignored, excused, or justified poor attitudes and behavior, not making active parenting the priority it should be.

We tend to let stuff slide when our kids are little, because we think their antics and attitudes are harmless and actually, if we’re honest, a little adorable. We end up making excuses for their behaviors, saying “they just don’t know any better”.

Maybe you’re like me and you never want your precious child to suffer one thing- not a harsh word from you, not a hint of abuse or neglect, not an angry moment from any adult, including your husband. Maybe the pain and sorrow you’ve experienced in your childhood still rings loud and clear in your mind, and you’re determined to prevent it in the life of this sweet little one.

The thought of issuing consequences makes you feel bad. Not to mention the fact that discipline is so stinkin’ time consuming.

But one day that cherub faced, precocious five-year-old boy will be a hormonal pre-teen who stands eye to eye with you. Not long from now, the sass coming from your sweet four-year-old daughter won’t be so cute when she’s a rebellious teenager.

A time is soon approaching when your kids will make choices that affect their lives as well as yours, and the consequences for their actions will warrant something much greater than a time-out or spanking.

And if they have been disciplined correctly when they’re small, becoming conformed to Christ’s image will be much easier for them as young adults. The training you provide now will end someday, but the fruit of those efforts will remain. 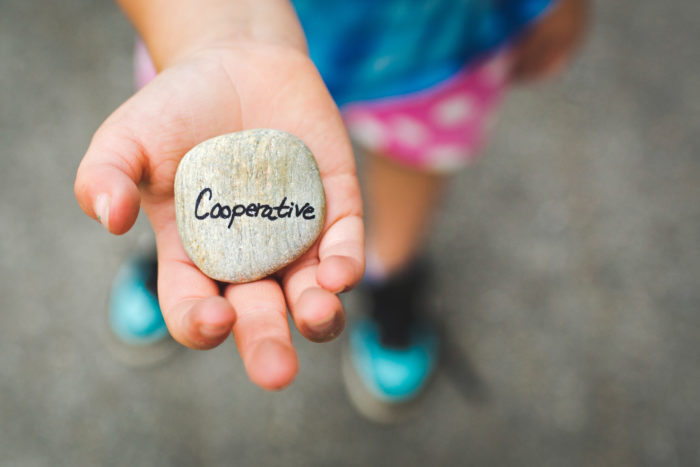 Following God’s design for discipline and parenting will bring harmony, honor, obedience, respect, and orderliness into your home. Raising up children in the fear and admonition of the Lord eventually reaps a harvest of righteous living for our kids and peace for us.

This is why God makes us mothers. We can do it! And our children need us to.