We all want well behaved, obedient kids, and it’s so disheartening and frustrating when they aren’t. We’re left wringing our hands, wondering why they don’t listen to us.

Unfortunately, the reasons for our children’s disobedience may very well be our own fault.

Without realizing it, our actions or beliefs can actually be the cause of our kids’ rebellion. Ouch! 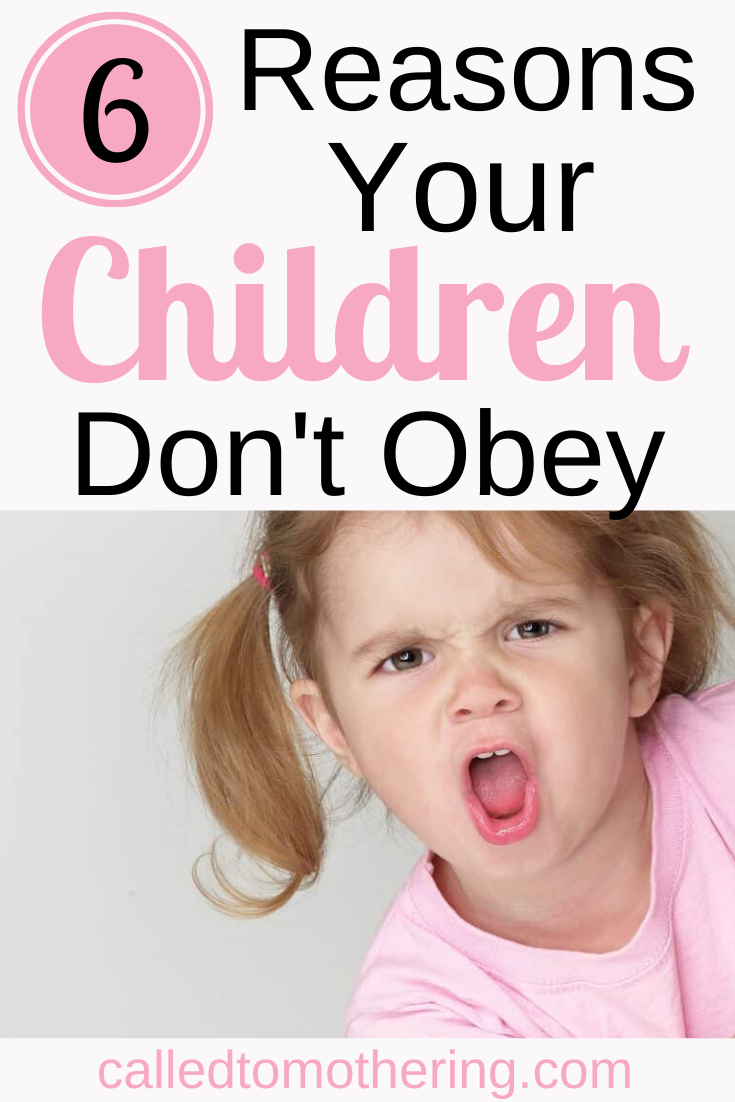 You don’t expect them to

Your kids act how you expect them to act. If your child repeatedly doesn’t listen or doesn’t do what you ask of him, chances are you’ve trained him that way.

Too many of us approach discipline flippantly and treat obedience from our children as optional. Ignoring direct disobedience can make a child vulnerable to an ongoing spirit of rebellion. So set the bar high!

You’ve Taught Them To Respond Only When You Yell

For the sake of convenience, we tend to overlook what we consider small things and don’t deal with them right away. Eventually however, those “minor offenses” escalate until we have a much bigger problem. Then we’re more likely to explode in anger, because we feel the issue has grown beyond our control.

You can accomplish what is needed in a serious tone, without yelling. Reserve a sharper tone when immediate obedience is mandatory (such as “STOP!  Don’t cross the road, there’s a car coming!!!”).

Speak quietly or lower your voice and get down to your child’s level, to get their attention. Look him or her in the eye with a serious look on your face. Maintain eye contact and let them know you mean business.

When we shield our kids from the consequences of their actions we’re not doing them (or us) any favors. Sparing them the pain of discipline teaches them not to obey. Then they end up calling the shots in our homes, which leads to them feeling insecure and being resented by us.

Firmly say no, and don’t leave room for any doubt by wavering, not answering, or cracking a smile. Stick to your guns when you issue a consequence, even though they may throw a gymnastics fit on you! Don’t let them plead over and over again, either (this begins young – be patient, but as they grow older, don’t go down that road or they’ll wear you out). 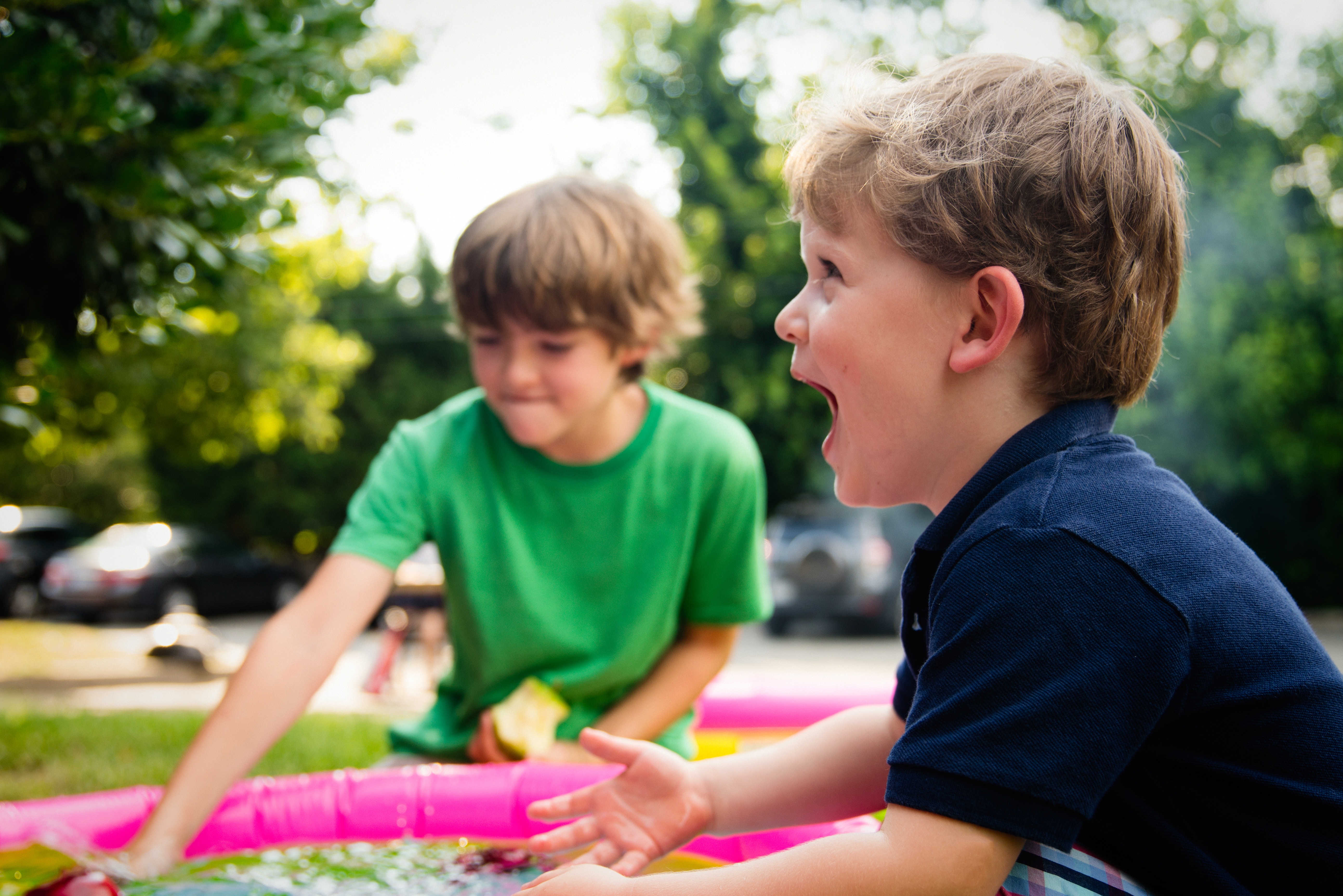 If you only address your child’s negative behavior 60% of the time then you will have a child who disobeys more than 60% of the time! Why? Because your child is counting on you to be lazy this one time.

When you say no for one particular thing, always say no for that thing. Don’t be wishy-washy because that confuses kids and makes them think that you don’t really mean no. Using a different consequence every single day for the same behavior is also not a good idea. Consistency takes effort, but the rewards definitely pay off!

You Aren’t Submissive To Your Husband

Yes, I used the “s” word! But it’s not as dirty as it sounds. Submission literally means to “arrange yourself under”.

If you constantly question your husband’s statements or suggestions, or point out what he does wrong in front of your kids, it sets a bad example. Your children are learning that you don’t listen to their father, so why would they have to listen to you?

You Don’t Believe In Your God-given Authority

In our modern culture, we’ve been told that authoritative equals mean. Most of us don’t even want to sound like we’re giving our children an order because, empowerment. So we end up using phrases that start with “Would you…” or “Can you please…” and then tack on “okay?” to the end. These are not commands that imply prompt action however; these are merely suggestions. And our kids treat them as such.

Chip Ingram says, “if your kids don’t learn to obey your voice – the person they can see – then how will they learn to obey their heavenly Father – whom they cannot see?” You embody the security and limits that ultimately come from submitting to a loving heavenly Father. If we have a healthy respect for God and the authority He has given us as parents, our kids will enjoy a strong sense of security and purpose in daily life. 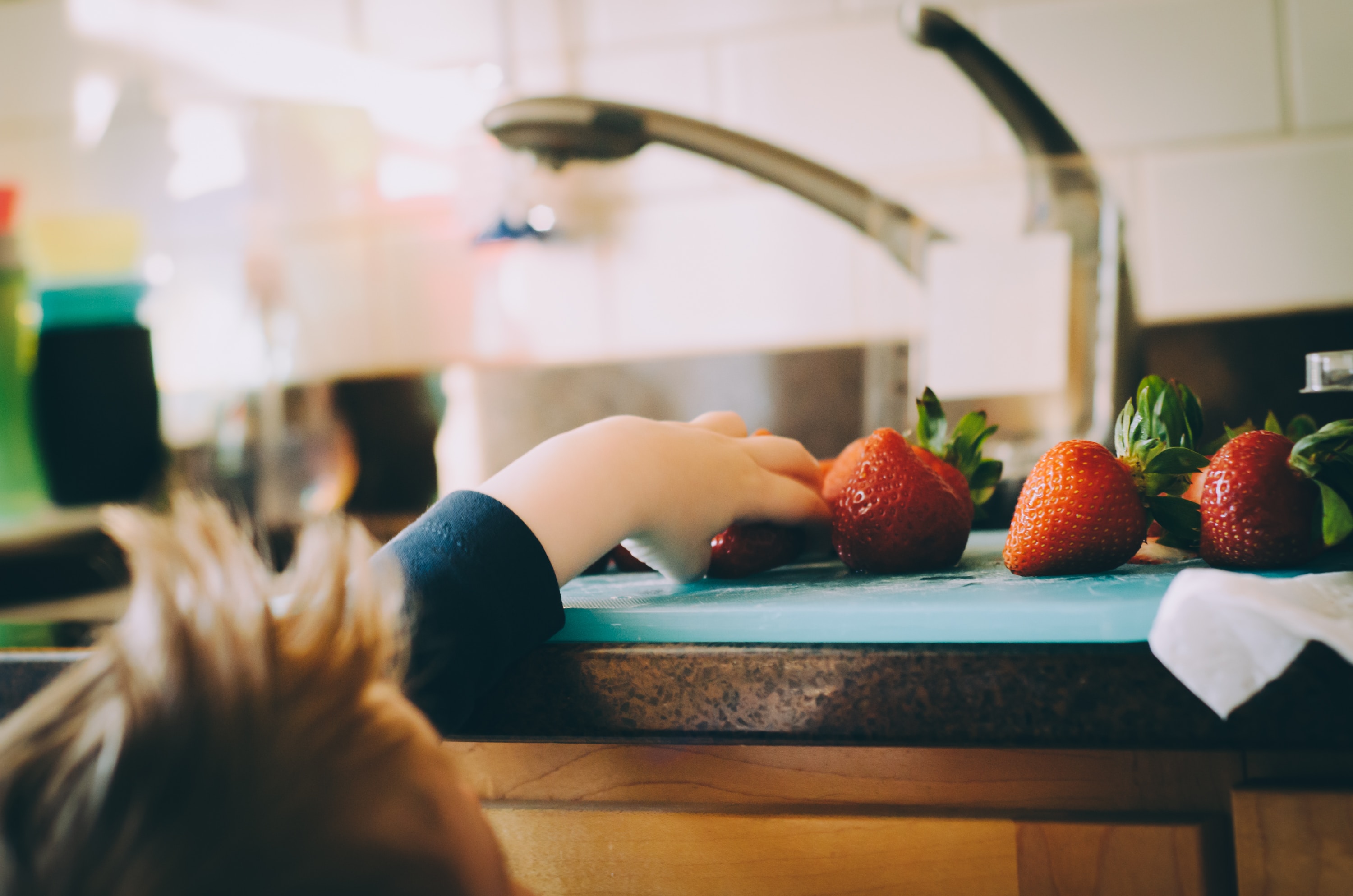 Galatians 6:9 says, “And let us not grow weary while doing good, for in due season we will reap, if we do not lost heart.” It’s rarely convenient to address negative behavior, but here’s a parenting secret: the more diligent and consistent you are, the less tantrums, meltdowns and disobedience you’ll see. The stakes are so high here, and we must be willing to dig our heels in and do the hard work of parenting.