My four-year-old daughter is truly one-of-a-kind. Though she loves the color pink, princesses, frilly dresses, and taking care of baby dolls, she can also “run with the boys”. Eager to do everything her older brother does, she gets right in there with him and his friends.

One minute she’ll be having a tea party; the next she’ll be building a mean tower out of Legos.

I marvel at the fact that this beautiful, small (but feisty) human being is actually mine, and that I was chosen to be her mother. Sassy, creative, and affectionate, she brings me to the brink of insanity and then fills my heart to bursting with joy. 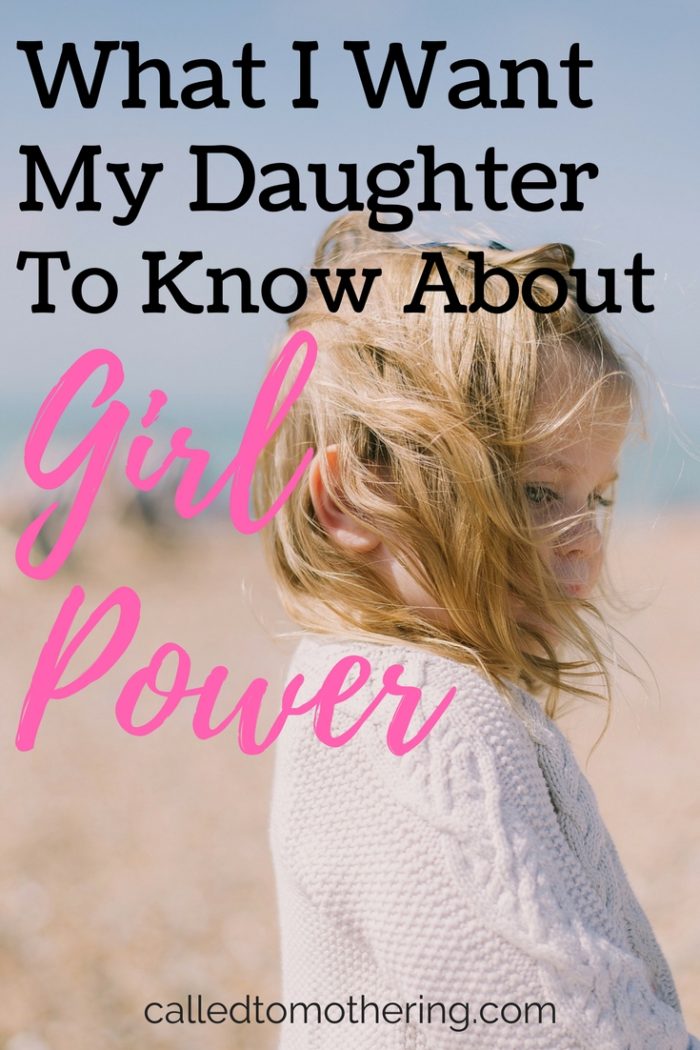 Right now, she’s not worried about measuring up to anyone else’s standards. There are plenty of messages the world wants to send her, currently one in particular that’s plastered everywhere with it being Women’s History Month: Girl Power.

My friends and I grew up touting this mantra, projecting that we were feminine but also tough. Yet the moment a crush didn’t return our feelings or we got a bad grade on a test, we fell to pieces. We were looking for validation, confidence, and self-worth in all the wrong places.

Girl Power wasn’t enough to get us through those difficult times.

Don’t get me wrong; I certainly think it’s valuable to learn about famous women throughout history that accomplished great things. I want my daughter to know and be inspired by them, but not because they relied on any strength they found in themselves.

If there’s just one thing I could teach her, it would be that the power she should rely on comes from Christ.

He alone has the power to heal, forgive, and break strongholds. His victory over the cross demonstrated His power over even death itself. While she may never do anything to get her name in lights, or that may be considered worthy of the world’s recognition, I want my daughter to know she is significant because she is loved by her Creator.

There is no empowerment that comes from merely being a woman. This message has confused the female gender for half a century, putting them on equal footing with a holy God. It has wrongly taught us we have the power to both create and destroy life. 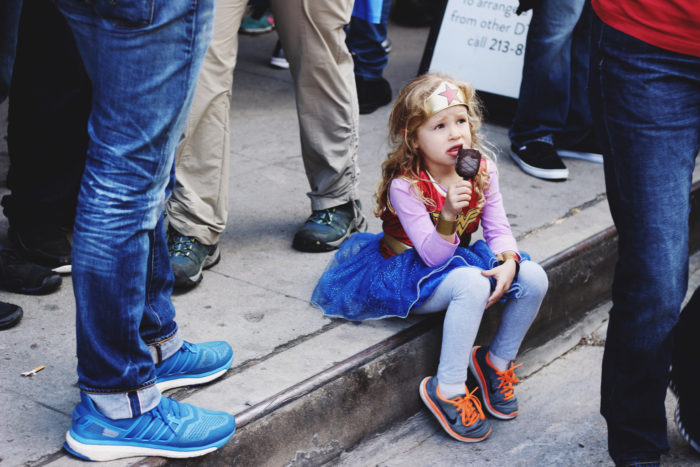 There’s even an idea circulating among Christian women today who identify as “Jesus Feminists”. I’m sorry, but the ideology of feminism doesn’t square with Scripture. The first feminists of the early 20th century in fact rejected the teachings of the Bible.

I don’t want my daughter to ever feel like she has to strive all the time to be equal with a man, or even with another woman, because she is uniquely designed, wonderfully and fearfully made for a special purpose by God.

Proverbs 31:25, in the famous Proverbs 31 Woman passage, says “Strength and dignity is her clothing, and she smiles at the future.” It continues in verses 27-30 with

she looks well to the ways of her household, and does not eat the bread of idleness. Her children rise up and bless her; her husband also, and he praises her, saying: ‘Many daughters have done nobly, but you excel them all.’ Charm is deceitful and beauty is vain, but a woman who fears the LORD, she shall be praised.

The kind of strength she is clothed with is not a loud, demand your own way kind of strength; it is a gentle and quiet one that comes from a healthy respect of God and relationship with Him. Of course, this doesn’t mean I want my daughter to be a doormat. Serving others, however, requires humility from all of us.

This is an excerpt from the letter I wrote to my baby girl five years ago, before she was born:

Your daddy and I have prayed for you throughout this pregnancy, that you will grow into a strong, healthy little girl.  But my greatest prayer for you is this, that you will receive your self-worth and fulfillment from Jesus.  It doesn’t matter what anyone else says or thinks about you; He has already declared you as beautiful and precious, and claimed you as His own.

That’s still my prayer for her today. Girl Power says, “I am capable on my own. I don’t need anyone.” It doesn’t leave room for inviting the Savior in.

He says instead, “You don’t have to be strong enough, because I am.” The great paradox of being strong when we are weak makes sense when we rely on Jesus’ power (2 Corinthians 12:10).