The Women’s March this past Saturday left many of us shocked, angered, and saddened at the actions and speech of those who claim to stand for human rights. Regardless of the individual issues women may have been marching for, they were lost in the sea of pro-abortion rhetoric and drowned out by the shock and awe factor of many protestors and celebrities.

In the aftermath ladies took to social media to say how appalled they were, hoping to distance themselves from the marchers. Many, including myself, felt misrepresented by those who say they have women’s interests at heart.

But sadly, they do represent our culture.

When a society removes God from its schools and public square, the god of self rises up in place. It’s then just a straight line to the disregard for the sanctity of life that was created in His image.

Proverbs 8:36 says, “All those who hate Me love death”.  When self becomes a god, a disdain for children, and mothering in general, naturally follows.

In the last 50 years, the feminist movement has done a very good job of persuading women that they should be ashamed and even fearful of traditional women’s roles. Motherhood is not celebrated or embraced in our post-modern society; it is reviled.

This attitude has not only infected our culture, but sadly, the Church as well. We may not be protesting in the streets wearing vulgar crocheted hats and carrying posters ladened with obscenity, but we protest quietly in our homes and churches against motherhood the way God designed it. 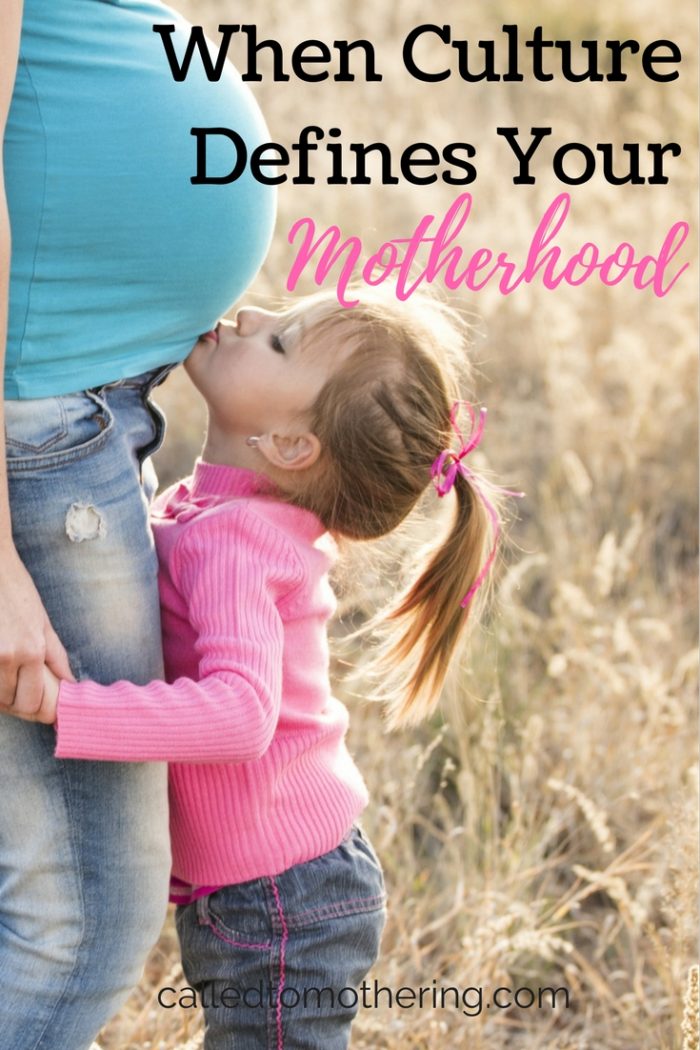 Deep down we don’t truly revere motherhood as the noble and worthy calling it is. When someone asks us what we do we usually respond with, “I’m just a mom”, almost apologetically.

The kind of “woe-is-me” mothering that undermines the joy found in motherhood is peppered in our chats during playdates and fellowship times. I hear it from the mouths of mothers every day in stores, parks, moms’ groups and yes, even from my own. That irritated, begrudging tone which conveys to a child that they are an interruption and your (fill in the blank) is more important than they are.

We eagerly count down the minutes until bedtime and the days until our kids go back to school. Children are usually seen more as a nuisance than as a blessing. Psalm 127:3-5, which says they’re a gift, seems like an outdated verse from a more primitive time.

We put our careers ahead of our children, and wait as long as possible after getting married to have them. When women are newlyweds, we caution them not to get pregnant too soon.

We show disdain for large families, wondering how they manage to keep off of welfare. If we come across a mom with more than two kids, we tsk sympathetically and say things like, “You’ve got your hands full!”

We treat our fertility as a disease, taking pills to prevent it. Then we turn it on and off like a faucet until our biological clock stops ticking.

It is completely normal for us to be separated from our children for the majority of our waking hours because we send them to school. Homeschooling is still not the norm among Christians because we’re convinced someone else will do a better job at teaching our kids.

Our evangelical churches even so nicely help us out on Sunday mornings by filling nurseries and children’s classrooms so we (and everybody else) won’t be bothered during the service. 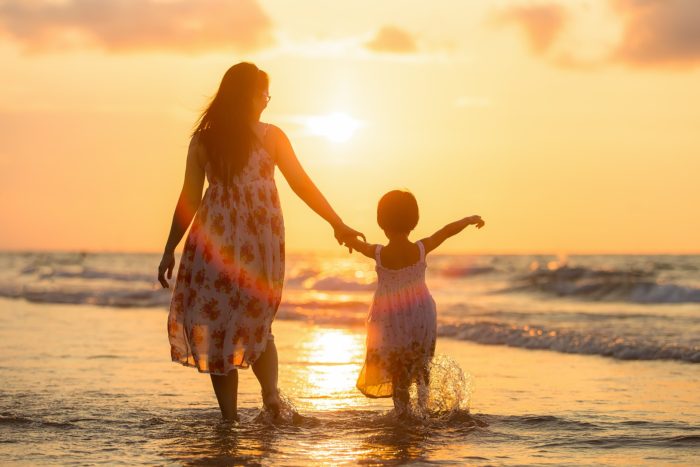 We’ve let cultural expectations dictate what we call normal, instead of the Bible. And Satan just loves that.

He has a special hatred for women, because they are life givers. Mothering represents laying down your life for another, which represents the Gospel. Any aversion to self-sacrifice will serve his purposes beautifully.

I’ll make a confession: as a mother, I don’t really consider it all joy to serve my kids. I’m not particularly fond of the “used up” part of servanthood that mothering often requires of me.

We can’t forget that the enemy’s kingdom is a kingdom of death, which the world embraces and reflects. Satan will do anything he can to prevent new life from being born, both physically and spiritually.

He hates when you teach your kids about God and His Word. So he makes motherhood something to be tolerated, instead of savored. Something to “get through”, instead of a purposeful mission.

He knows that, if we’ve raised them biblically, they will be launched from our home as arrows aimed directly at the kingdom of darkness. He knows you play the most important role of anyone.

God’s intentions were that we would not only love children for the sake of loving them, but that we would make disciples of them. In this way, we cooperate with Him in one of the primary and profound means of spreading the gospel. Malachi 2:15 says, “He desires a godly lineage.”

Resist taking on the opinions of a culture who rejects God and squandering your motherhood. Children are given to us as gifts, as tools, as a heritage, as a growing of His church, and as a means by which we are changed, challenged and formed more into the Lord’s image!