My eight-year-old recently met his first Summer Reading Club goal and was eager to pick up his prize- a book of his own. An avid reader who reads at an 8th grade level already, he quickly skimmed past the picture books and chapter books with less than 50 pages to the tween selections.

When he stopped at one with a creepy looking cover, I told him to put it back, but quickly realized the rest were equally as disturbing. Each one featured fantasy or horror themes with ghosts and magic. Finally, disappointed, he ended up choosing a book aimed at 2nd graders that took less than 20 minutes to read at home.

Sadly, this is the state of our children’s media these days. And obviously, paperbacks are just the tip of the iceberg.

Today’s youth are bombarded by a glut of entertainment and social media sources, and an endless stream of movies with II, III, and IV behind their titles. The mass media holds a thousand times more influence over the average teenager now than it did 25 years ago. Just this week, I read about a teen fashion magazine with an article promoting sodomy.

It makes us wonder, is anything sacred anymore?

As I mentioned in How To Raise Kids Who Won’t Walk Away From Church, one of the reasons millennials are leaving the faith is because they’re conforming to the ideals of pop culture. A major pipeline of humanist values is secular entertainment, and it’s hard just keeping up with everything our corrupt culture shoves down our children’s throats.

But moms, we can’t check out here. We have to be vigilant and monitor what our kids are watching, reading, surfing, and listening to. Here is some helpful criteria that we can use to honestly evaluate the content and messages of their media. 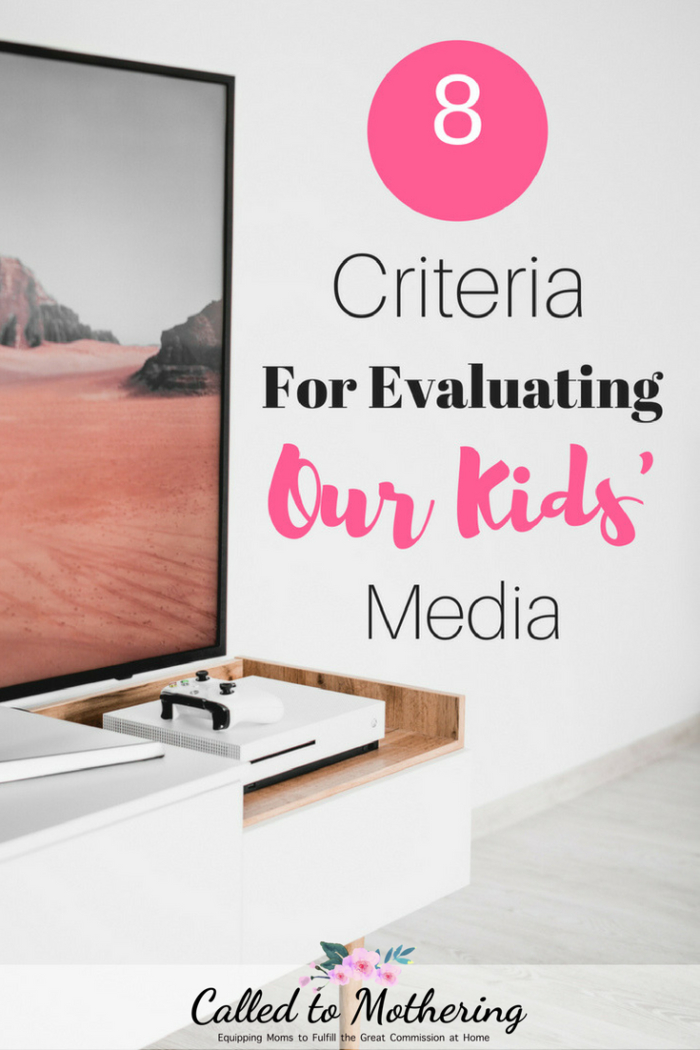 What perspective of truth, reality, and ethics does this material assume? Biblical? Humanist? Marxist? What solutions does it propose to solve mankind’s problems?

What does it conclude about the origin of life? Is the overall theme self-reliance such as following your heart/dreams or finding yourself? Is materialism (greed, consumer mentality) and romanticism (feelings trump truth, love conquers all) pervasive?

Are the characters committed to purity, both in action and thought? Do they flirt or dress immodestly? Does the material portray risky behaviors without showing consequences?

What view of marriage and children does this type of media show? Do the kids disrespect their parents and continually disobey them? Is the father portrayed as a leader and protector, or as an idiot? Does it portray all types of “families” as equal? Are the parents mostly absent, having little influence over their children?

Does the literature or movie teach and model foundational principles of freedom and liberty? Is government conveyed as the source of rights, and a replacement for godly or parental authority in any way? If a utopian society is depicted, does the media clearly show the harmful effects of such a government? 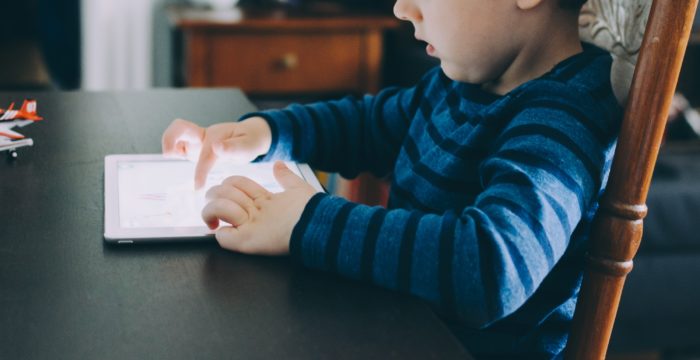 Does the protagonist practice witchcraft (casting spells, fortune telling)? Does the media portray magic as morally neutral, casting vampires, wizards, and witches as “good”? Is there worship of many gods? Are there elements of Pantheism (God exists in everything), or New Age spirituality (all religions are equal)?

Is there vulgarity or swear words in the film, music, or book? Do the characters or artists use sexual innuendos? Do they take the Lord’s name in vain? Do these lyrics lead to conviction of certain truths, doctrines, and commands from the Word of God?

Is violence graphically portrayed or minimized in this video game or movie? Do the characters fight each other, either in war scenes, in the home, or other environments? Do they exhibit behaviors of cutting or self-mutilation, or have a preoccupation with death? Are there references to suicide or murder?

Does this type of media encourage the breaking of God’s laws and a view of moral relativism? Do the characters exemplify Christ-like character such as self-sacrifice, honesty, forgiveness, bravery, and humility? Do they lie, cheat, steal, speak/think badly of others, or bully? Are they lazy, disrespectful, and selfish?

When evaluating any type of media, whether for our kids or ourselves, we should also ask: “what is the purpose for using it?” Will this source of entertainment contribute in any way to the fear of God in my home? Does it lead to truth, thankfulness, praise, or the betterment of knowledge and life? Does it yield good effects on our family?

Philippians 4:8 should ultimately guide our choices for literature, entertainment, and music:

Does a constant regimen of Nickelodeon or Disney really produce the fruits of the spirit in your children?

Evaluating the media our kids consume isn’t just so they may be protected from outside influences that will negatively impact them (John 17:12); it’s so that they can eventually think critically about the type of entertainment they use and the messages society tries to sell them.

Make it a point to watch movies with your children and carefully critique them afterwards. Acknowledge the positive points and then interact with the problems in the area of worldview, ethics, attitudes, and outcome.

And, ideally, a heart that desires to please the Lord will lead our children to make wise decisions. We want them to exhibit self-control, having learned responsibility of media tools. Only so much micromanaging and parental controls are effective if their hearts aren’t changed.

Media and technology aren’t evil in and of themselves. They’re a reflection of humanity, but that mirror often contributes to all forms of sensuality, idolatry, addictions, and isolation… and we’re usually not even aware of it.