Nothing pulls at my heart strings more than my children. Or induces more guilt. I want to do everything I can to ensure their safety and well-being.

It’s easy to be guilted by well-meaning but misguided sentiments of the day. Which, if you’re a homeschooler, you hear a lot.

“They’ll be deprived of so many social experiences.”

“You wouldn’t want them to be weird and unsocialized, would you?”

The socialization misconception runs deep, y’all. Even among Christians.

There seems to be a lot of concern that our kids won’t fit in if they aren’t forced to interact with other children their age. People say they won’t be normal, or relatable. In other words, we’re afraid of them being unlike everyone else.

I want my children to be different.

Since when are our kids just supposed to blend in with the rest of culture? We are here to glorify God in all that we do, not fall lock in step with the mainstream society.

Romans 12:2 says, “And do not be conformed to this world, but be transformed by the renewing of your mind, so that you may prove what the will of God is, that which is good and acceptable and perfect.”

Sadly now, the Church’s pursuit of relatability has trumped the bold, unapologetic defense of the Gospel. It’s become the norm now to do everything possible not to stand out or rock the boat too much. 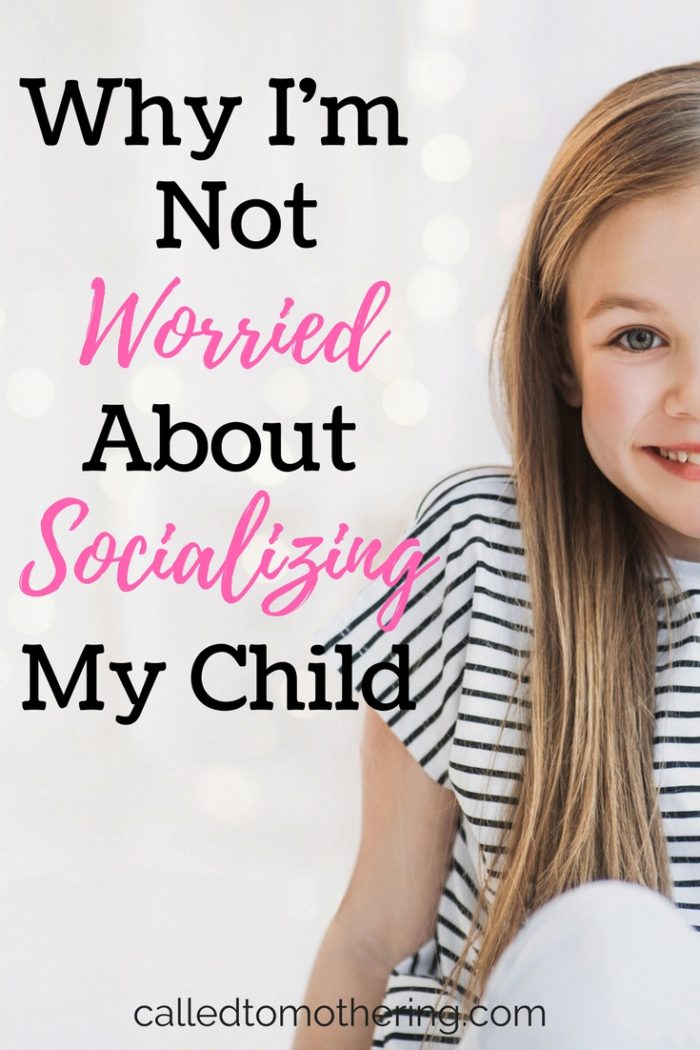 But our radically different lives should set us apart. If we’re blending in with culture so much that we become virtually indistinguishable from non-believers, we have stopped being effective witnesses.

Here’s the thing: if I’m raising children who will impact the world around them for Christ, they aren’t going to be normal.

They won’t be absorbed in technology and social media, or the latest trends. They won’t adopt the same standards for their lives as their peers. They won’t be afraid to swim upstream and speak God’s truth in a sea full of lies.

To some this world may seem like no place to bring up a child. And in some respects they are right. But we take that risk anyway with the comforting knowledge that it is not for this world that we prepare them. – Karen L. Tornberg, The Best Things Ever Said About Parenting

Giving our kids a normal American upbringing, complete with a well-rounded experience of culture’s social activities, shouldn’t be our goal as parents. It should be seeing our kids become highly prepared and spiritually mature disciples of Jesus.

Peer pressure is one of the most damaging things a child can go through. Messages in our culture tell us of the need to express ourselves “individually”. There are many catch phrases out there, such as “be your own person”, and “it’s okay to be different”. Ironically though, we then put our children in an environment that breeds conformity.

Feeling the pressure to fit in, kids often mimic the behaviors of their peers and squelch their individual style, opinions, and beliefs so they’ll gain acceptance. In order to avoid being teased or bullied they also end up joining in picking on others. They learn quickly that there’s a very real consequence for standing out among the crowd.

Kids need time to figure out who God uniquely designed them to be, without a desire to seek approval from their peers getting in the way. Comfortable and secure with his surroundings, a child can truly blossom.

After all, don’t we want to raise children who are more concerned with pleasing God than men?

As parents we can do a lot to encourage our children’s natural interaction with other people, rather than forcing them to socialize. When we’re out doing errands, opening up our home to friends and neighbors, or serving in the community, we provide our kids with multiple opportunities to engage in conversation with people of all different ages, in a variety of every day situations. They’ll also pick up on a lot of those “social skills” by watching us interact with others.

Socialization doesn’t teach how to get along with others.

Our kids should learn to be able to work with and appreciate others who are different from them. A recent Pop Sugar Moms article claims they can only do this in a traditional school setting, though.

The author says, “Socialization requires that children consistently work with people they’re not used to working with… It’s about having to do a group project with people who don’t necessarily work the same way as you do, to collaborate on ideas and grow as a thinker… and is not too different than what we expect of adults in a work setting. People show up, work near and with others who are different from and challenge them, collaborate, and go home. ”

Yes, kids may change teachers each year and move up to a different school, but for the most part they’ll stay with exactly the same kids year after year who are all within one year of their age, live in the same neighborhood and often, of the same socio-economic status.

In fact, attending school might be the only time in a person’s life that they are segregated by age for all of their daylight hours, fall through spring! A classroom is hardly a simulation of the real world.

But more importantly, an attitude of cooperation begins in the heart. Just because you were forced together with other individuals as a child does not automatically mean you’re a team player. 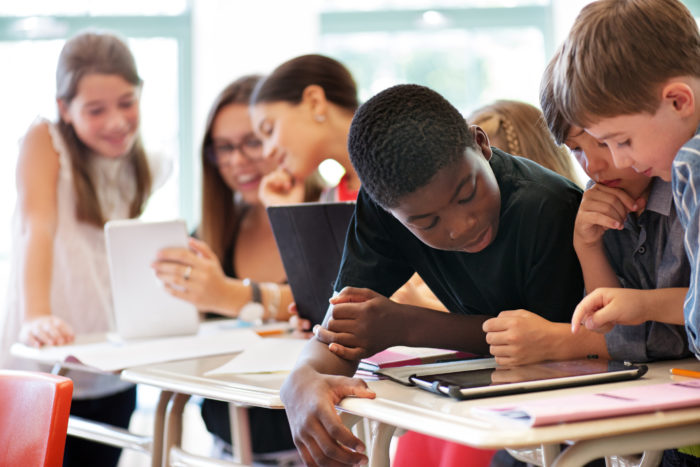 If we intentionally develop our children’s character in the areas of kindness, generosity, and humility, however, this will give them a foundation for relating to others well. We need to be intentional about emphasizing grace, mercy, and forgiveness.

We should teach them to have a proper understanding of who they are in relation to God, a sinner in desperate need of a Savior- no better or worse than anyone else. One of the tendencies of homeschoolers is to have that “us versus them” mentality, and unfortunately we become suspicious of outsiders.

Our kids can also value from learning about what life is like for people who have completely different experiences from ours in the West. They will gain a heart for the nations, knowing how to pray for and serve them, even if they are never called to the foreign mission field!

Ultimately, we want them to act with gracious humility toward those who hold differing views and perspectives, instead of feeling threatened by them. Ideally they’ll be able to enter into sometimes difficult and uncomfortable discussions, in order to be better ambassadors for Christ to the world and not hermits removed from it.

Teaching our kids to stand out as a Christian by speaking words of life and truth, putting others first, living in purity, pursuing faithfulness, and living in a way that honors God should be our highest priority. Based on the direction culture is headed, there’s a good chance socialization will have little to do with reaching that goal.