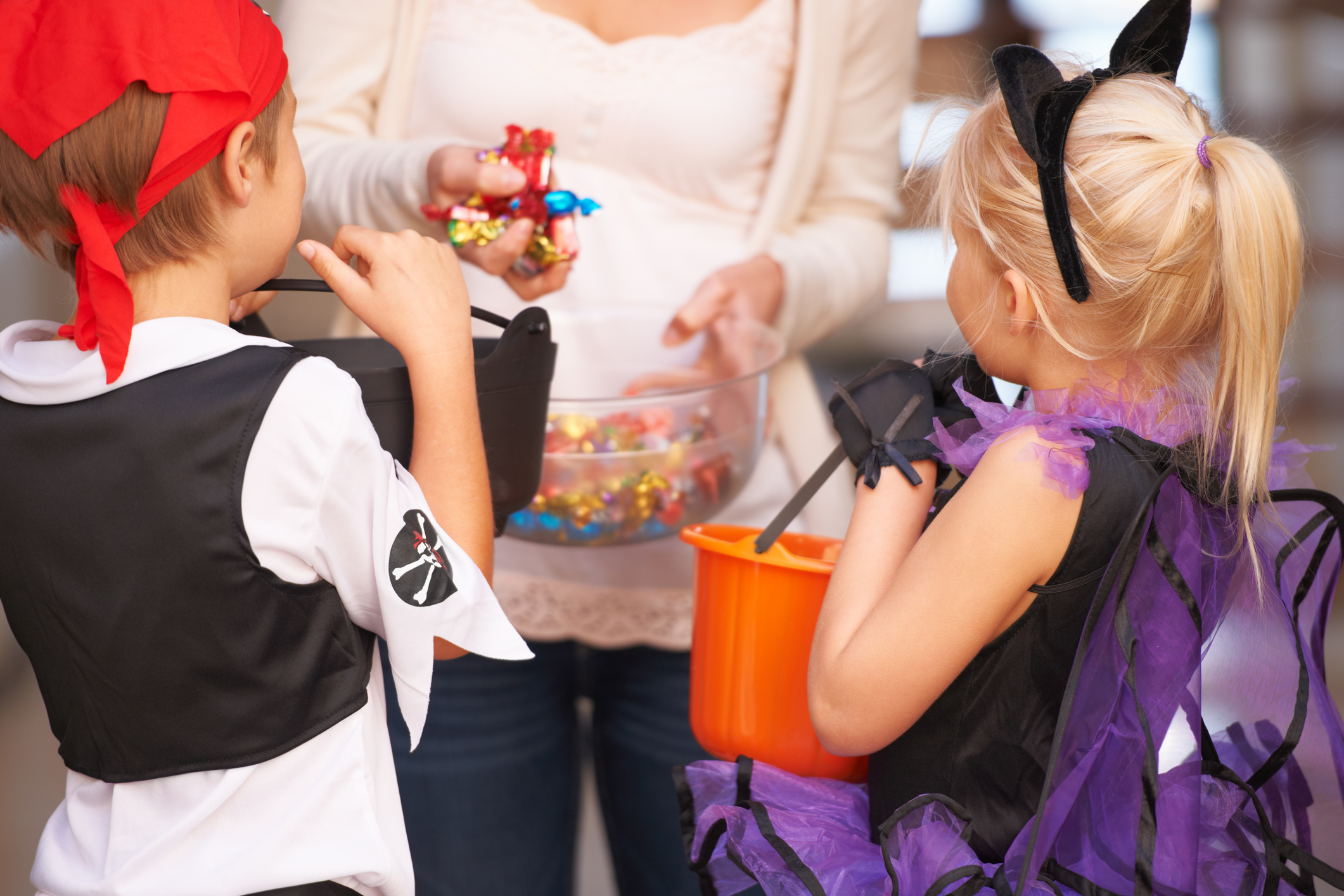 Several years ago, we lived across the street from a family that went all out decorating for Halloween. In addition to fake witches, ghosts, and other spooky things, they also had a pair of giant yellow eyes plastered on their second floor windows.

It was downright creepy. And it was unavoidable.

Every time I looked across the street or left the house those huge, evil glowing eyes stared back at me. They stared back at my children, who were still a little too young to separate fantasy from reality.

As Christian parents, we are squarely confronted with the question of what to do with October 31st.

Do we let our kids go trick-or-treating?

Do we participate in any of the seemingly benign Halloween festivities around us?

Do we huddle in our homes in fear?

Or do we just ignore what’s happening in the culture and go about our lives?

Here are several smart ways to deal with that unavoidable, uncomfortable reality known as Halloween. 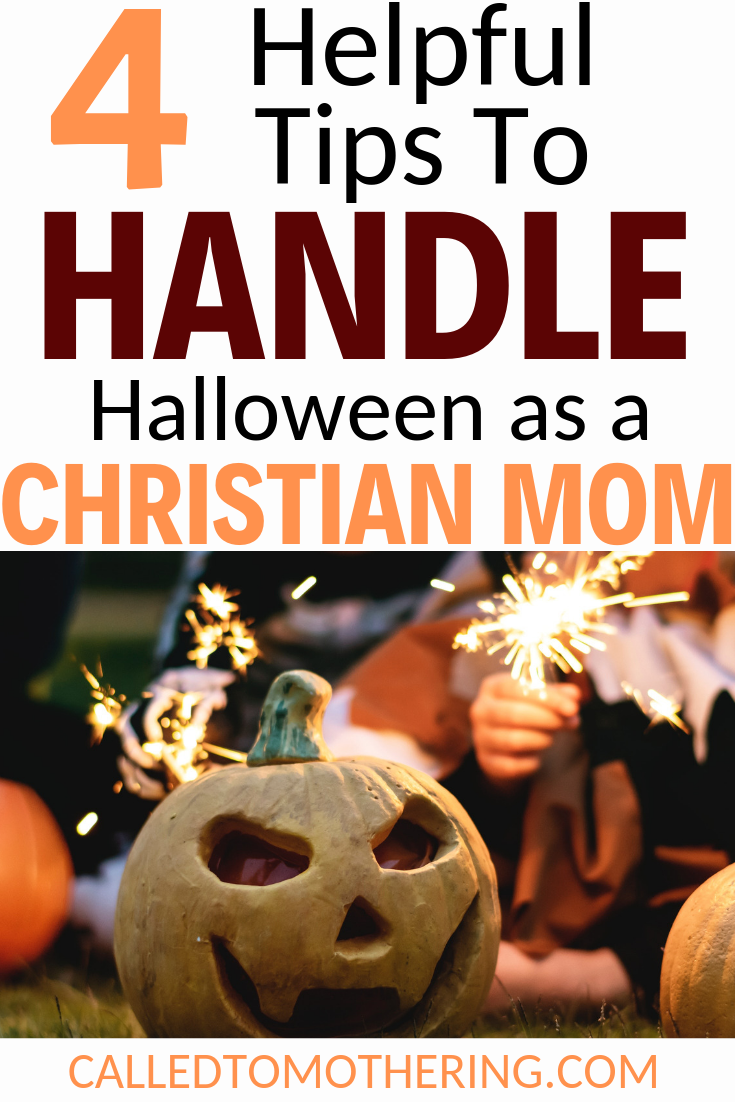 The origins of Halloween are actually not pagan, contrary to popular belief. As early as the mid-second century, the church remembered and celebrated its martyrs, at times dedicating special days to commemorate their faithfulness. Since the number of special days increased, the idea of having a common day for all martyrs gradually evolved.

The earliest known celebration of “the Feast of All Martyrs” began in the mid-300s. Over time, this celebration started to embrace not just martyrs but all departed saints, celebrating Jesus’ victory over death by remembering these faithful believers who had entered into glory.

Then in 610, Pope Boniface IV declared May 13th “All Saints’ Day.” Over a century later, this celebration was moved to November 1st, making October 31st All Saints’ Eve.

They also referred to it as All Hallows’ Eve, which then eventually became “Halloween”. By knowing the original intent of the holiday, we ourselves can use October 31st as an opportunity to celebrate eternal life, not the darkness of death.

Today, Halloween is associated with a dark, foreboding night. The Catholic tradition of All Saints Day and Samhain, a Gaelic harvest festival celebrated at the same time, eventually combined and boom- the evening of October 31 became one that focuses on, and even endorses, evil.

Instead of pretending they don’t exist, I’ve acknowledged the dark parts of the holiday to my children and told them that we will not celebrate or make light of the occult. So for us, that means not dressing up as witches, vampires, zombies, ghosts, etc. and participating in haunted houses, scaring others, or decorating our home with scary/gory things.

While we’re not completely opposed to trick or treating, we typically go to our church’s fall festival on the night of Halloween where our kids dress in story book character or hero/princess costumes and collect candy. We feel that this is just a safer alternative.

Admitting that October 31 has been hijacked by the devil and used for his purposes is really the only way to actually redeem it. The holiday itself is not inherently evil.

Our goal shouldn’t be to throw out all practices that contain even a hint of Halloween, but to abstain from glorifying evil. 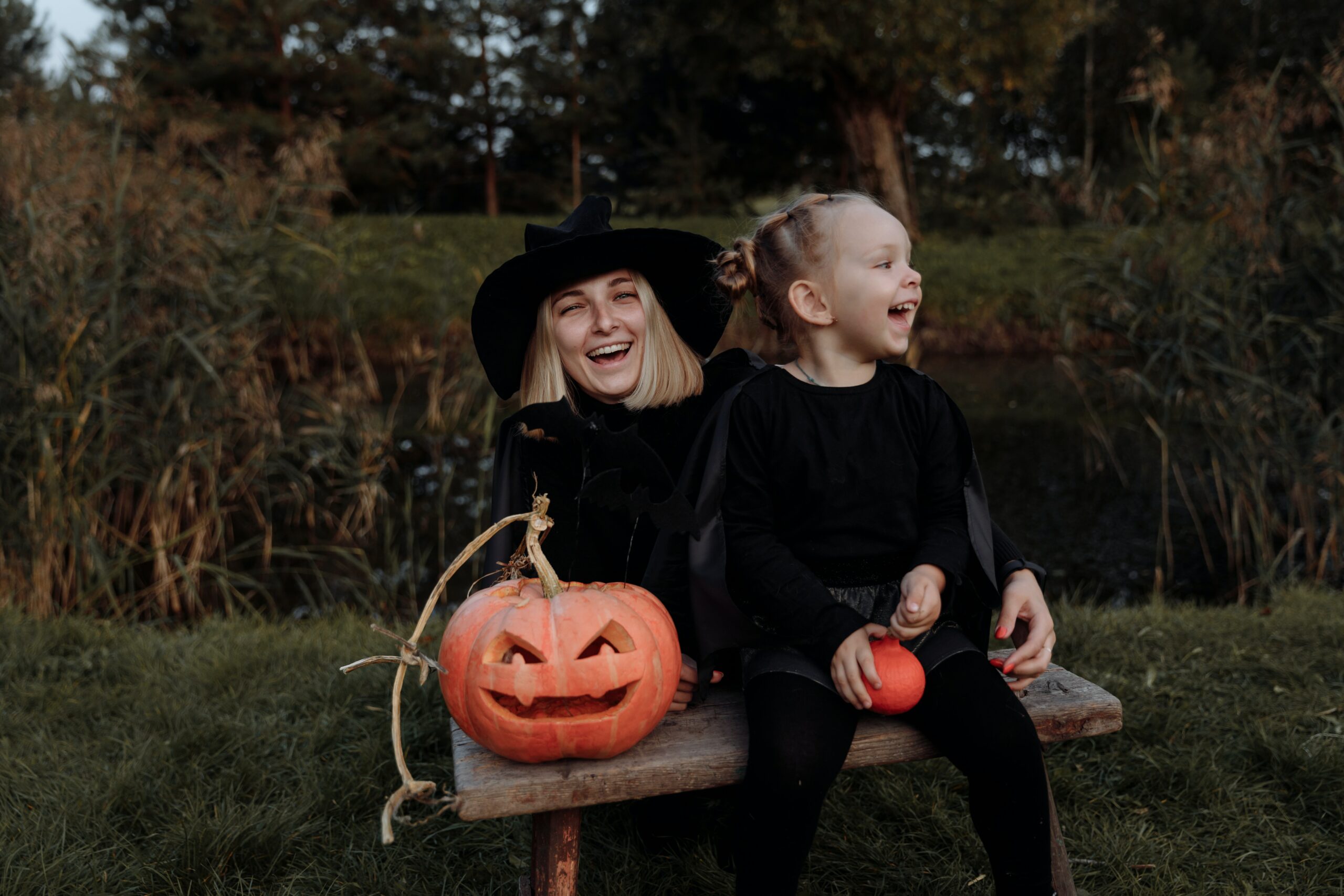 Personally, I don’t know why we make such a big deal out of the evils on Halloween while ignoring demonic influences the other 364 days out of the year.

We think nothing of plopping our preschoolers down in front of Sofia The First and allowing our teenagers to watch Disney’s Descendants or read Harry Potter, media that portrays witchcraft and sorcery as morally neutral, even fun.

Deuteronomy 18:10-11 warns God’s people to have nothing to do with such things. We create gray areas for divination, fortune telling and magic when we allow our kids to be entertained by sources that paint these elements as essentially harmless.

Turn it into a teachable moment

Halloween is actually a perfect time to discuss the presence of evil with our kids, precisely because it highlights that presence.

Scary decorations, costumes, and traditions take the concept of evil out of the abstract for our children and illustrate forces in the world bent on killing, stealing, and destroying. They serve as a reminder that real demons are just as real and even scarier than the trick-or-treaters.

This can also be a great opportunity to share that while we shouldn’t celebrate or make light of evil, we do know that it can and has been overcome. Halloween highlights the problem of evil, but we can point our kids to the solution: Jesus.

We should talk about Halloween’s darkness and depravity in a way that emphasizes the light of Christ all the more. And in a way that connects the depraved nature to a life apart from Him.

Children need to be taught and then reminded regularly of their desperate need for Jesus, because of the wickedness in their own hearts.

So let’s not avoid October 31st at all costs, and miss the opportunity to share what makes the Gospel so relevant!

Christian moms can enjoy Halloween with their kids, not because they are reveling in evil, but because the holiday serves as a powerful reminder that Christ has conquered the devil.