Nobody wants to be accused of having weak faith. But there it was, staring me uncomfortably in the face.

In a conversation with someone, I had stated my belief that it’s not wise to put kids, whose worldview is still forming, into a place that teaches things contrary to God’s Word for 30 hours a week.

I thought this was a pretty reasonable conclusion to draw, given the current state of our nation’s education system. But then she asked me, “How small is your God?”

That one little question packed a pretty big punch. It suggested that I didn’t trust God with my children enough to put them in public school.

But, it also revealed a few myths about education that we’ve come to believe as Christians over the past several decades. 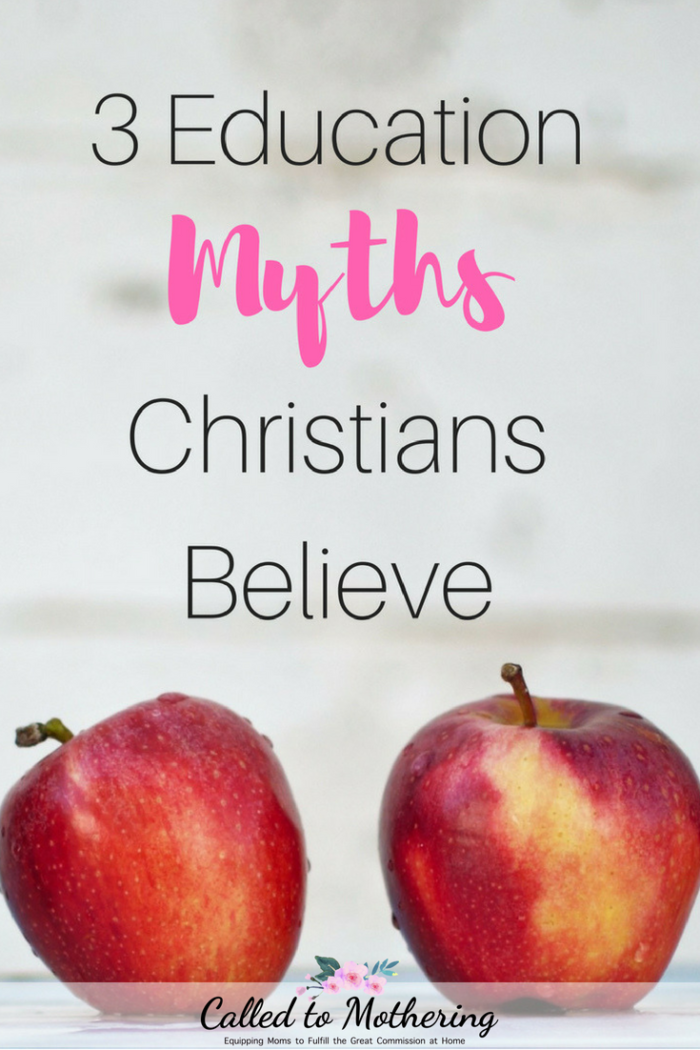 Myth #1: Choosing a Christian education indicates a response based on fear.

Sending your child to public school seems to be the litmus test for a believer’s faith these days. We’re told that yes, there is a risk of young kids being corrupted by worldly influences and apostasizing, but you just need to have faith that God will protect them nevertheless. Jesus is their Shepherd, after all.

Are those parents who educate at home and put their kids in private school only doing so out of fear, though? Do other moms, who send their children to public school knowing the risks, have more faith when it comes to parenting?

Does choosing not to put my kids in public school demonstrate a lack of faith? #publicschools

I don’t think so.

Wanting to protect my children from secular, worldly influences that will damage them spiritually, emotionally, and psychologically does not mean my faith in God is small.

I homeschool because as their mother, I have a responsibility to my kids to make sure they are grounded in the Truth. A curriculum that removes God and religion is one built on hollow and deceptive philosophies, pure and simple. And anything that raises itself up against the knowledge of God is a false religion (Exodus 20:5).

Why would I willingly subject my children to a system that would train them to view history, math, science, nature, art, literature, and music in this manner?

That doesn’t make me selfish or lacking in faith. It makes me a responsible steward of my children. Sometimes fear is a good thing. It warns us to stay away from certain dangers. A healthy fear isn’t motivated by a lack of trust in God; it’s motivated by a love for Him and a desire to follow His Word.

Faith also isn’t deliberately putting your children in harm’s way and hoping for the best, when God has already given us the principles we need to navigate this decision.

The people who say, “how small is your God?” are also the same ones who refuse to believe His provision for private school or homeschooling. “It’s too expensive”; “We can’t survive without two incomes”; or “I’m not equipped to homeschool” are common arguments against alternative forms of education.

Myth #2: The responsibility of educating children belongs to the government.

There’s an important concept within Reformed Christianity known as “sphere sovereignty”. It recognizes three primary spheres in this world—  the family, the church, and the state. While these spheres certainly relate to one another, one does not have sovereignty over another. They each have different roles that should not be confused.

Parents have direct authority over their children (Exodus 20:12; Colossians 3:20) and are commanded to teach their children the ways of the Lord (Deuteronomy 6:7; Ephesians 6:4). Schools must be understood as an extension of parental authority.

Seeing as how God did not design the state to function like the church or family, it’s no surprise that its schools have been a total disaster. As a result, our government has weakened both the family and the church in America. Not only is church attendance decreasing among younger generations, but the family unit is in shambles.

Many parents neglect and abuse their power, yes. But it’s clear that the state poses a much greater danger in controlling education than leaving the task to imperfect parents. Bad parents can ruin their kids. But a bad government can ruin an entire nation. 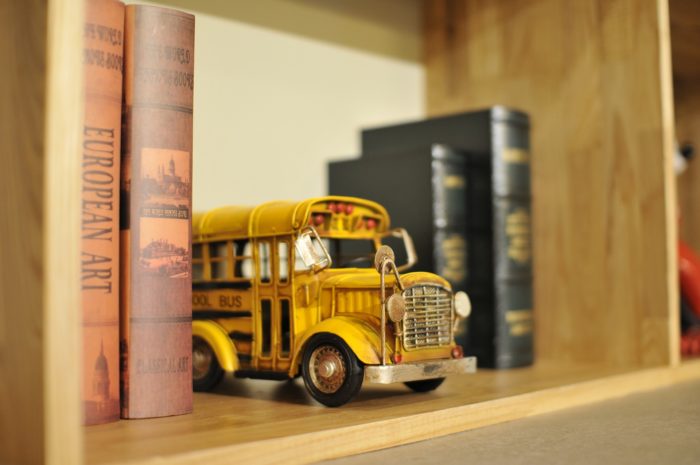 Myth #3: The goal of education is to witness to others.

I hear many Christians use the salt & light argument in defense of sending kids to government schools. But there’s a fundamental flaw in this reasoning.

If we truly believe our kids can withstand the harmful ideas and influences of a secular school, why aren’t we willing to send them to, say, Muslim schools? Don’t those children need the light of Jesus too?

How about moving to a low-income neighborhood and enrolling our kids in a school in an urban district? Surely, those kids growing up without fathers and surrounded by drugs & violence need to hear the Gospel as well.

We stay in our comfortable, middle class communities with Blue Ribbon school districts and essentially say to ourselves, “While my child is getting a good education, he might as well shine the light of the Gospel to other students.”

Are we more concerned with the eternal souls of the lost, or our own personal peace and affluence? As long as it doesn’t require us to make much of a sacrifice financially or emotionally, we tend to get on board.

Do I care about other people’s kids? Of course. Am I deeply concerned about their salvation? Absolutely.

But it’s not my job to “lend out” my children to the public school so they can evangelize other kids. They shouldn’t be sacrificed on the altar of relationship evangelism to do so.

For more on what the Bible says about education, check out